Something that everyone in the UK should should understand is the differences in the UK’s geography. There are some very important distinctions that many foreigners frequently mix up.

When we talk about Great Britain we’re actually just talking about a geographic feature – and not a political country. Great Britain is the large island made up of England, Scotland and Wales – this excludes all the islands like the Isle of Wight and many other islands around the coastline.

However, the ambiguity creeps in when you refer to just use the word Britain. This could be a political or geographic reference. Politically it refers to the United Kingdom of Great Britain and Northern Ireland. Or geographically it could refer to the island of Great Britain.

Some people will refer to the UK as Great Britain, but really that’s a bit sloppy. It’s like referring to North America when you really mean the USA. Even worse still some people refer to the Scottish as English.

However it’s always straightforward either. For example, someone born in Northern Ireland has the right to identify themselves as either Irish, British or both. This is a provision that was made in the 1998 Good Friday Agreement. But then Northern Ireland politics has always been complicated.

There’s a tiny mention about these different regions in the British citizenship test and is something that should probably be expanded upon. 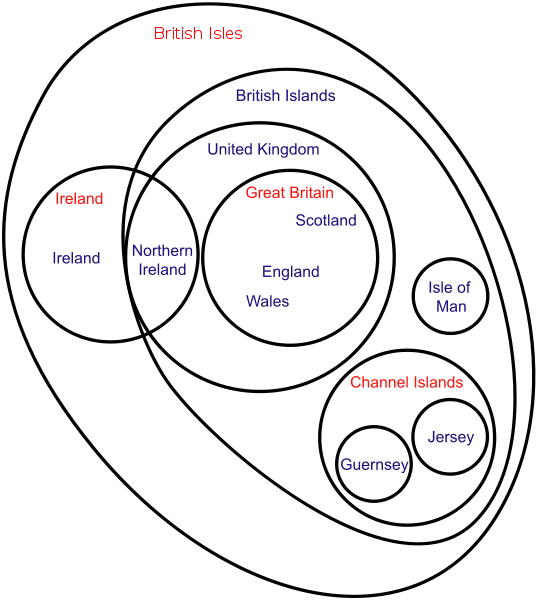